NeuronBasic’s SoC can host face detection algorithms, which could be used to identify a real person's face. It could be applied to a fun toy such as a face tracking owl. As long as a face is detectable, the eyes of the owl could be made to move, following the face movement. Alternatively, equipping a toy with an alarm so that when it detects a face, an appropriate status LED or sound effect will be triggered. As a result, it could be adopted as a watchdog for auto audio playback with various “Welcome” messages or designed into in a plush animal toy to play specific animal sounds.

An auto “Hello” doll or “Voice Memo” device can automatically deliver voice messages to the audience once the relevant face has been detected in front of the device.

In addition, the SoC is also capable of performing unique face ID recognition. This provides the toy with owner identification features. Once the toy is unpacked, the child can start to train the toy to memorize his or her face and even input a voice recording of their name. The toy will identify its owner by playing back the name after training. All the detection and recognition operations are done locally with no internet connect requirements.

The SoC is not only able to recognize a single face ID but multiple faces. Whole families or a group of friends could be trained at once. Since no images will be saved in memory or readable from the device, the user does not have to worry about ID privacy or be concerned about potential misuse of the device should the device be lost.

The Multiple Face ID feature could be applied (for example) to a tabletop game, or a group interactive toys with preset roles. This could provide even more sophistication and fun by using auto trigger effects from various LEDs, sound or audio gaming feedback.

The user can leave voice message for familie members or friends, the device will ensure that the message will be not played unless the Face ID has been already memorized by device. The SoC enables the creation of various special features in a single toy, limited only by the imagination of the programmer. The result can be that the programmer can almost give the toy a life of it's own using the built in artificial intelligence. Just plug and play. 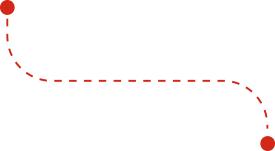